Pacific salmon are far more than just food for many Indigenous Peoples across the Pacific Rim. They are part of traditions that go back thousands of years, such as the First Salmon Ceremony — a celebration to welcome salmon back from their journey into the ocean, and to pay them respect.

In many cases, Elders’ concerns weren’t drastically different from the threats that the 2009 Cohen Commission identified when it investigated declining sockeye salmon numbers in the Fraser River.

Like my Nation, the Nisga'a Nation on the British Columbia North Coast, many cultures identify as Salmon People. We view salmon as relatives, and see care for them and their health as important responsibilities.

It’s no surprise, then, that the disappearance of many wild salmon stocks from streams and rivers across British Columbia — likely due to human-mediated stressors such as overfishing, climate change and pollution — has entailed a profound loss for many Indigenous communities.

That may be why, when I set out to ask Elders about threats to B.C. salmon, not a single person turned down the interview. Elders invited me into their homes, fishing boats and smokehouses because they knew they had important knowledge to share that was being overlooked by academics and fisheries management. 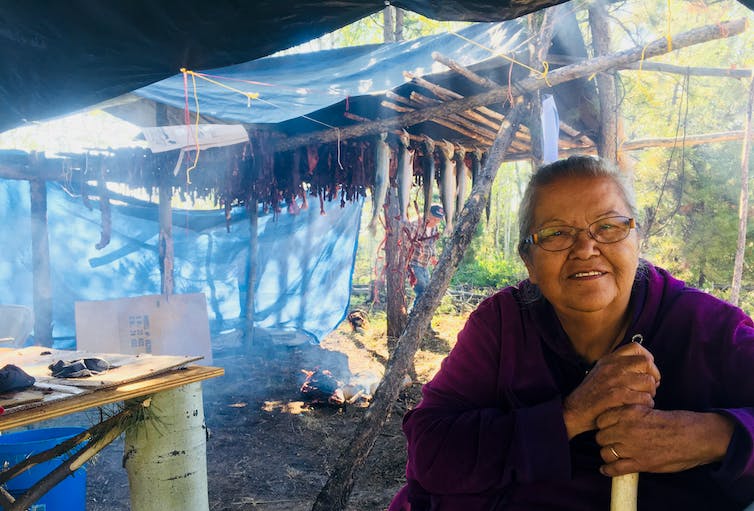 ‘Filling in the gaps’

Indigenous knowledge is often considered by researchers to be anecdotal or too subjective, and thus of less value than the evidence produced by western science. While western science emphasizes the collection of large scale, generalizable and numerical data to look for trends in some natural phenomena, Indigenous knowledge systems prioritize highly specific, place-based information that is passed down across generations, based on observations and lived experiences of changes and cycles in nature.

I travelled the same path salmon take as they journey from the ocean back to their spawning grounds, spending time in 18 First Nations across the Fraser, Skeena and Nass rivers along the way. Many of these communities were places I had already spent time in, following salmon upstream, tagging and tracking them to monitor their survival. This meant that I had time (often years) to build relationships before initiating this work. 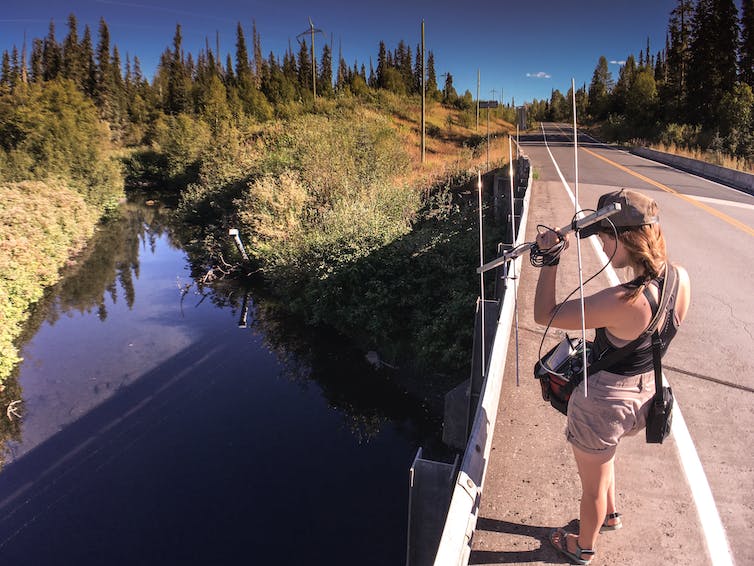 In interviews, I asked Elders to identify and rank what they believe are the greatest threats to wild salmon. The rankings pointed to salmon farms, climate change, industrial development, contaminants and infectious diseases as the top threats overall.

Concerns varied regionally: hydropower, for example, emerged as a large concern in one area where salmon access was disrupted by the construction of a major dam. Elders also noted that catches of wild salmon were down to one-sixth what they had been between 50 and 70 years ago. They worried that they might not be able to continue to teach young people about the fish.

In many cases, Elders’ concerns weren’t drastically different from the threats that the 2009 Cohen Commission identified when it investigated declining sockeye salmon numbers in the Fraser River. However, the way in which this knowledge was shared and the frame of reference it provides is unique. 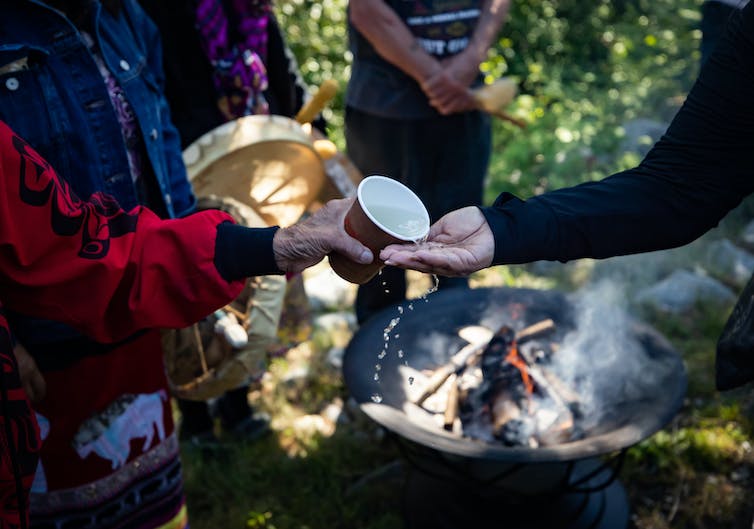 Neskonlith First Nation Elder Minnie Kenoras offers water, as Indigenous leaders hold a ceremony to pray for the safety of the salmon, ecosystems and cultural heritage that depend on the Fraser River. The ceremony was held ahead of work being done to drill under the river for the Trans Mountain pipeline expansion. THE CANADIAN PRESS/Darryl Dyck

The role of greed

Elders expressed great concern about social stressors, such as greed. Greed is not a stressor that western science tends to consider, in part because it is not easily measured. The fact that greed came up time and again, especially in conversations about the management choices we make around salmon, highlights the differences between western science’s prescriptions for rebuilding salmon stocks, and the remedies offered by Indigenous knowledge holders.

Rather than see salmon as a commodity to be maximized or optimized, many Indigenous Peoples know that we must care for salmon so that they can continue to take care of us in turn, as they’ve been doing for thousands of years.

Perhaps this shift in the way we view our relationship with salmon is what we need most to see wild salmon one day return in large numbers to B.C. rivers.