n a move that could help it push the Pebble project across the permitting finish line, Northern Dynasty Minerals Ltd. has entered into an agreement with an unnamed investor for US$60 million over the next two years in exchange for royalties from the gold and silver that would be recovered as a byproduct of the copper produced if a mine is developed at the world-class deposit in Southwest Alaska. 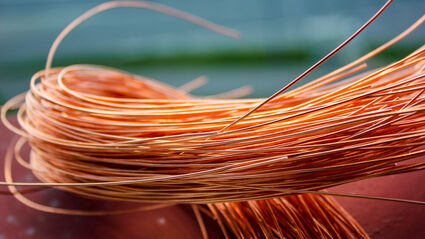 S&P Global states that the demand for copper is forecast to double from 25 million metric tons per year today, to nearly 50 million metric tons by 2035 and higher still by 2050.With an initial $12 million in good faith, this substantial investment could potentially be the starting shot for Pebble.

"It has become clear to us that to develop a world-class mineral deposit like Pebble requires time, patience and sufficient liquidity to successfully navigate the established legal process and continue ongoing efforts to work with the people in the region," said Ron Thiessen, Northern Dynasty president and CEO.

Per the terms of the agreement, the initial US$12 million payment provides the royalty holder the right to receive 2% of the payable gold production and 6% of the payable silver production from Pebble, in each case after accounting for a notional payment from the investor of $1,500 per ounce of gold and $10 per ounce of silver, respectively, for the life of the mine.

The Pebble Mine project advanced to the final step of the permitting process would produce 320 million pounds of copper; 363,000 oz of gold; 15 million lb of molybdenum; 1.8 million oz of silver; and 12,000 kilograms rhenium annually over the first 20 years of mining.

Considering that a recent PEA shows that the Pebble deposit is large enough to support a mine of this size for roughly a century, royalties could be sizeable indeed.

You can read the forecasted economic benefits of Pebble at PEA reveals Pebble economics, benefits in the September 10, 2021, edition of North of 60 Mining News.

"This financing, when completed, also gives us the financial wherewithal to keep fighting against what we consider to be unfounded interference by U.S. Federal Government agencies in an otherwise well-established, legal permitting process, as well as to deal with challenges from well-funded parties from outside the area that lack scientific or other factual studies to support their opposition," added Thiessen.

These biting words come from the last few years of uncertainty the project has faced due to opposition from the Environmental Protection Agency. Most recently, with the federal agency pursuing a decision that could set a precedent for mining in America for all time.

In a May announcement, the EPA released a revised proposed determination under the Clean Water Act Section 404(c) to prohibit and restrict the use of certain waters in the Bristol Bay watershed.

If finalized, the decision would lock out any future for a Pebble mine and the enormous quantities of copper and other resources it could provide for the global transition to renewable energy.

"This is clearly a giant step backwards for the Biden Administration's climate change goals," Pebble Limited Partnership CEO John Shively told North of 60 Mining News at the time of the announcement. "I find it ironic that the President is using the Defense Production Act to get more renewable energy minerals such as copper into production while others in the Administration seek political ways to stop domestic mining projects such as ours. As we are still actively working through the established permitting process via our appeal of the Army Corps of Engineers permit denial, we oppose any action that is outside of that process."

You can read about the initial Army Corps denial at Army Corps denies permit for Pebble Mine in the November 25, 2020, edition of North of 60 Mining News.

"This preemptive effort is clearly a political maneuver to attempt to block our ability to work through that established process," continued Shively. "Further, the Army Corps of Engineers published an Environmental Impact Statement for Pebble in 2020 with input from many agencies including the EPA that states that the project can be done without harm to the region's fisheries."

You can read about the release of the FEIS at Major milestone on long path for Pebble in the July 31, 2020, edition of North of 60 Mining News as well as the full impact statement at https://www.arlis.org/docs/vol1/Pebble/Final-EIS/Pebble-FEIS-ch1.pdf.

After careful consideration of the environmental concerns, the Army Corps of Engineers approved the FEIS for developing a mine at Pebble, only to deny federal permits when it came time to issue a record of decision shortly after the 2020 U.S. presidential election.

You can read about the contradiction by USACE at Pebble assails Corps economic findings in the March 19, 2021, edition of North of 60 Mining News.

Concerns arise from EPAs encroachment and overreach into Pebble due to the possible precedent it would set by advancing final section 404 determination. Such a move to make a project off limits for development after more than US$1 billion has been invested could deter other companies from investing in U.S. projects for fear that EPA could subjectively issue a veto without a full evaluation of the proposal – a predetermination before all the information has been accumulated.

Nonetheless, a final environmental impact statement was issued showing that negligible harm would befall the Bristol Bay fisheries, and Northern Dynasty Minerals Ltd. – the company heading the advancement of the Pebble mine – stands firmly behind the data.

"The Pebble project remains an important domestic source for minerals necessary for the Biden Administration to reach its green energy goals and if it blocks Pebble it will have to seek minerals to meet its goals from foreign sources which simply do not have the same environmental standards as we do," finished Shively.

The vital importance of copper to the clean energy future was recently detailed in an independent report from world-renowned industry intelligence experts, S&P Global, entitled "The Future of Copper: Will the looming supply gap short-circuit the energy transition?" The paper was authored in response to the growing concern expressed by global authorities and governments that there are insufficient resources of copper – the "metal of electrification" – to support the global goal of net-zero emissions by 2050.

In the report, S&P concluded, "unless massive new supply [of copper] comes online in a timely way, the goal of Net-Zero Emissions by 2050 will be short-circuited and remain out of reach."

"It is clear to us that the U.S., and frankly the world, are not adequately planning to deliver the raw materials that are necessary to fuel policy initiatives," said the Northern Dynasty CEO. "This is supported by the S&P conclusions that expected copper supply cannot meet copper demand, even if permitting and construction could be accelerated."

The report further warned that "[i]n the 21st century, copper scarcity may emerge as a key destabilizing threat to international security. Projected annual shortfalls will place unprecedented strain on supply chains. The challenges this poses are reminiscent of the 20th-century scramble for oil but may be accentuated by an even higher geographic concentration for copper resources and the downstream industry to refine it into products."

Similar to other recent prognostications, S&P made the argument that the world will need to develop many large new copper mines, about three "tier one" mines per year for the next 29 years, in order to have enough new copper to achieve the lofty goals of net-zero carbon emissions.

"Pebble is the largest undeveloped copper deposit in the world and the proposed Pebble Mine needs to be part of this solution, instead of being portrayed as part of the problem by misguided environmental activists who do not have a credible plan for reaching net-zero," added Thiessen. 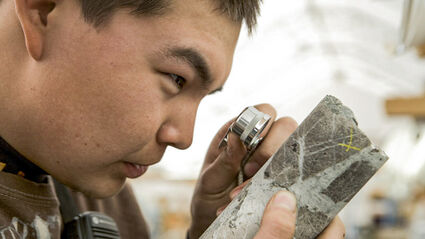 In addition to taxes and fees paid to governments, the Pebble Mine has the potential to provide good-paying jobs in the Bristol Bay region of Southwest Alaska for at least a century.

With regards to the importance Pebble presents toward this looming scarcity, the pivotal investment by the unnamed royalty holder is perhaps the lynchpin move needed to jumpstart this project that could be a source of copper critical to the transition to low-carbon energy and transportation.

"As I have said many times before, a large amount of copper is critical for the generation and transmission of electricity, and we believe the world needs to develop the few world-class copper assets that have been discovered in order to have any chance of meeting its green energy goals," said Thiessen. "We are also convinced that the Pebble Project has been designed – and can be built and operated – safely, without harming the environment or the fishery, as clearly outlined in the Final Environmental Impact Statement of July 2020. The Pebble Project represents an enormous amount of value, both to Alaskans and to the rest of the U.S., and we believe that value should increase significantly as the expected supply/demand imbalance leads to future copper price increases."