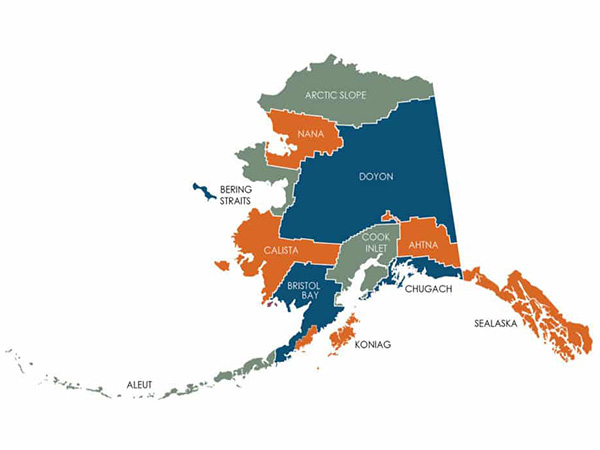 In 1971, the Alaska Native Claims Settlement Act was signed into law by President Nixon.[1] It abrogated Native claims to aboriginal lands except those that are the subject of the law.[1][20] In return, Natives retained up to 44 million acres (180,000 km2) of land and were paid $963 million.[1][20] The land and money were to be divided among regional, urban, and village tribal corporations established under the law, often recognizing existing leadership.[21][22]